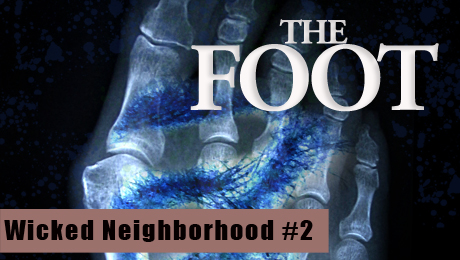 Something Wicked This Way Comes! And it’s called The Foot!

The second issue in my five-issue series, Wicked Neighborhood, will be pre-released on January 25 (my birthday), with an official release on Tuesday, January 28, 2014.

Take a look at the cover: 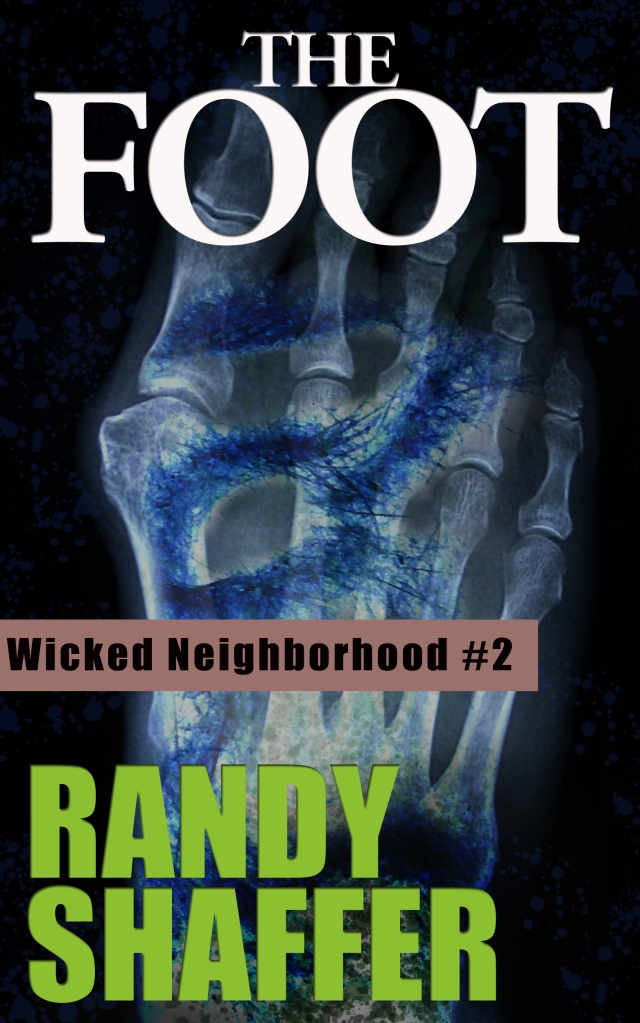 Ernie Graham discovers a mysterious space rock in his backyard. The rock seemingly infects his body, forcing his foot to mutate into a deadly organism that’s out for blood. Can he stop his evil foot before it kills someone he truly loves?

For those unaware, Wicked Neighborhood is a “Goosebumps for adults”-type short story series that is loosely inspired by my very own neighborhood in northern Ohio, albeit twisted into delightfully freaky, weird, strange tales of pure macabre fiction. The Foot is the second issue in the series, following the best-selling hit, The Stray Cats.

The short stories will be split over five issues, with the possibility for future “seasons” of the series if the stories prove popular. In other words, if you like what you read, spread the word to keep this series going.

Each issue of Wicked Neighborhood will focus on one particular household seated on the seemingly quiet stretch of land known as Forest Street. The upcoming stories are connected by characters, incidents and events on the street. That said, it is not necessary that you read every single tale in the series to delight in what I have in store for you … though you will be missing quite a lot of fun. Also, as future issues appear, you are welcome to read them in any order you so desire.

On the book’s official release date, I’ll be sure to post a link, as well as a little background about this issue. Stay tuned!

If you haven’t already, check out my short stories and novellas. Titles include,The Horror, Vampire Zombie Claus, Does She Smile at Home? and The Stray Cats. They’re all just 99 pennies each! CLICK HERE to buy your copies today!